We are proud to announce our keynote speakers for the 2018 program. Scroll down to read more about our keynotes and their IGEL 2018 topics.

Professor Lydia Kokkola
Lydia Kokkola is Head of English and Education at Luleå University of Technology, Sweden. She is currently the Principle Investigator in a Marcus and Amalia Wallenberg foundation funded project “Matching Reading Strategies with Purposes and Text Types”. This four year project investigates how adolescent EFL readers can learn to adjust their reading strategies to suit digital information texts and works of literature. The project includes small-scale studies of searching strategies, plagiarism and other forms of recycling language, assessing texts’ trustworthiness and the physical experience of reading.

What’s Special About Reading Literature?
Adolescent Readings in English as a Foreign Language

At IGEL’s conference in Paris last October, researchers strove to untangle the qualities that define “literariness”. David Miall’s keynote explored the embodied nature of our responses to literature, whilst other speakers focused on how particular features of literary texts evoke reactions from readers. Nigel Fabb, for instance, looked at the sensation of epiphany and Frank Hakemulder examined how readers responded to foregrounding. “Literariness” in these presentations was a quality of the text that could be understood through empirical studies of readers’ responses. Literariness comes into being when readers and texts meet; it is “special” and unlike meetings between readers and information texts. However, we all know that critical reading skills require maturation and education in order to develop, and that, sometimes, even fairly advanced readers respond to textual features that are considered “literary” in unexpected ways. Empirical studies of literature are perhaps at their most valuable when they capture these surprising responses.

In my presentation, I investigate the nature of literary responses to texts by contrasting it with other responses to texts, such as reading for information. Most of the studies I present are taken from a project examining Swedish teenagers’ readings of texts written in English. The educational context emphasizes language learning, although reading in the classroom may be presented as having quite different goals, such as evoking an aesthetic response or finding out information. I will focus on those findings that expose mismatches between the text type and the teenagers’ responses that empirical research can address, but conclude by asking about the place of other forms research. In this way, I hope to invite discussion on the methodological challenges of the field and the contribution empirical studies of literature have to make within language education. 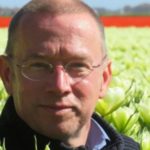 Frank Hakemulder
Frank Hakemulder has a background in literary theory and comparative literature. He conducted his Ph.D.-research (1998) at the Department of Literary Studies at Utrecht University and the Department of Psychology at the University of Illinois (Urbana-Champaign). He specializes in the psychology of literature, focusing on the effects of reading literary texts on outgroup attitudes and moral self-concept. On this subject he published several books and articles (e.g., The moral laboratory, 2000).

Currently he supervises two national research projects in the Netherlands: one pertaining to the experience of being absorbed in fictional worlds (Narrative Absorption, 2017), and the other on how such experiences affect social perception and self concepts (see www.finditinfiction.org). Since January 2018 he is affiliated full professor 2 at the Reading Center, Stavanger, Norway. He teaches Media Psychology and Communication at the Department of Media and Culture Studies (Utrecht University), and trains students in the Humanities in methods of the Social Sciences (Science and Humanities: New Research Methods, 2012). From 2012 to 2016 he was president of IGEL.

The importance of confounds in research

Much of what we do in the empirical study of literature is aimed at enhancing control. For example, in case we want to know how literary text features affect readers, there are a number of precautions to take that may enable us to draw causal conclusions. A common situation is that experimenters randomly assign participants to the reading of different versions of a literary text, assess their responses, and test for possible significant differences between the groups. In such set-ups, researchers might be well advised to avoid confounding their results by allowing contact among participants, (e.g., discussing their individual responses). Furthermore, it is considered good practice to keep certain information from the participants (e.g., the name of the author) so as to prevent biases in their responses (e.g., due to the status of the author). In addition, it is thought to be detrimental to research validity, to have participants guess or understand the purpose of the study. Finally, results are deemed worthless if there is a chance that responses were influenced by the measures that were used to assess them.

This keynote address focuses on how reading during experiments differs from reading outside the lab, and hence, what remains invisible to experimenters. It will be argued that for some of the research interests in IGEL these aspects may be exactly the type of responses that are essential for our understanding of the potential value of literary communication.

Professor Philip Davis is Director of CRILS, a centre for research into reading at the University of Liverpool which is research partner of The Reader. His publications include Memory and Writing; The Experience of Reading; Real Voices: On Reading; Shakespeare Thinking; Bernard Malamud: A Writer’s Life; The Transferred Life of George Eliot; Why Victorian Literature Still Matters; The Victorians 1830-1880; and Reading and The Reader for the Literary Agenda series on the importance of literature in the 21st century (Oxford University Press) of which he is general editor. Editor of The Reader magazine, he has also published collaborative research articles on literature and brain-imaging, and literature and mental health.

Dr Jane Davis is Director of The Reader (www.thereader.org.uk), which she founded in 1997 while teaching English in the Department of Continuing Education at the University of Liverpool. In 2011 Jane was elected as the UK’s 20th Ashoka Fellow and received an MBE for services to reading. The Reader sells Shared Reading to a wide range of commissioners in the NHS and across HM Prison Estate, as well as to local authorities, housing providers and employers. With sister projects developing across Europe, Australia and New Zealand, The Reader is currently building the International Centre for Shared Reading at Calderstones Mansion, in Calderstones Park, Liverpool.

Jane Davis and Philip Davis will speak about the difficulty of assessing the value of the session, the methods, possibilities and emotions involved.

They will show excerpts from a film of a shared reading group recently held in a drug and rehabilitation centre for men in Liverpool.

The group is reading, live and aloud, Shakespeare’s sonnet 29 ‘When in disgrace with fortune and men’s eyes’, with space left for re-reading, questioning, thinking and personal comment. None has seen the poem before: they are not people who read much anyway, let alone a difficult Shakespeare sonnet. The group leader, a member of the charity The Reader which brings shared reading of serious literature to often hard-to-reach communities, is also filmed giving her comments after the session.

The film is part of a new series funded by the Arts and Humanities Research Council UK, to offer on-line training to those people who wish to volunteer to run shared reading groups in the UK and beyond. It will not have been shown in public before, and this occasion is consequently an informal launch of the initiative to show some of the empirical workings of a Shared Reading group as near first hand as possible.

Karina van Dalen-Oskam
Karina van Dalen-Oskam is head of the department of literary studies of Huygens Institute for the History of the Netherlands and professor in computational literary studies at the University of Amsterdam. Her research deals with the analysis of literary writing style and builds on her expertise in literary studies, medieval studies, onomastics and lexicography. She is an active member of the international digital humanities community, where she currently serves as chair of the steering committee of the Alliance of Digital Humanities Organizations (ADHO).

The Riddle of Literary Quality: a mixed-methods approach to perceptions of literariness

Literary writing has been analyzed from many perspectives, but what literature is still eludes us. The project The Riddle of Literary Quality has approached this problem from a new perspective: that of stylometry. The Riddle is a research project of the Huygens Institute for the History of the Netherlands (Amsterdam) in collaboration with the Fryske Akademy (Leeuwarden) and the Institute for Logic, Language and Computation (University of Amsterdam). The Riddle officially started in January 2012 and will be finished in 2019. The project is funded by the Computational Humanities Programme of the Royal Netherlands Academy of Arts and Sciences. The Riddle combines computational analysis of writing style with the results of a large online survey of readers, completed by almost 14,000 participants. The respondents gave their opinions about books they read and did not read on a list of 400 best-selling novels. They provided us with some personal information such as age, gender, education, and replied to a set of statements asking them what kind of reader they are. I will give an overview of the main results of the project. One of the most significant results is the difference in evaluation of books written by female authors compared to books written by male authors. Do these different opinions relate to differences in writing style? Or is it genre and theme or topic that inform these differences? Does the fact that a novel is a translation or not play a role, and if so, does the source language play a role in the value that readers attribute to it, or the quality of the translation?

Raymond Mar
Raymond A. Mar is an associate professor of psychology at York University in Toronto. He employs the methods of personality psychology, social psychology, and neuroscience to research the real-world influence of imaginative experiences, including engagement with fictional narratives in various media (e.g., novels, films, videogames).

How to Evaluate Whether Stories Promote Social Cognition: Introducing the Social Processes and Content Entrained by Narrative (SPaCEN) Framework

The idea that stories might promote empathy, mentalizing, or other forms of social cognition has long been theorized. Over the past two decades or so, empirical evidence in favour of this idea has steadily begun to accumulate. In this talk, I will present a research framework that aims to formalize the theorizing around the relationship between stories and social cognition. This framework describes two major avenues through which stories might promote social cognition, tied to a process versus content distinction. Stories could promote social cognition through the frequent engagement of social cognitive processes over prolonged periods of time. Or, stories could promote social cognition by presenting explicit content regarding the social world and social relationships. Importantly, these two avenues are not mutually exclusive and both may take place, perhaps even simultaneously. This framework, known as the Social Processes and Content Entrained by Narrative (SPaCEN) framework, endeavors to describe exactly how, when, and why engagement with stories might result in improved social cognition. Moreover, it provides an organizing structure for evaluating the extant evidence that we currently have and point researchers towards the topics in need of further attention.

16th Conference of the International Society for the Empirical Study of Literature and Media in Stavanger, Norway.